Let the pound fall and the economy rise

It has been just like old times. The pound has been falling on the foreign exchanges and, like a patient in intensive care, there are daily bulletins about its health. Charts show that when adjusted for different patterns of trade down the ages it is at its lowest for 168 years. 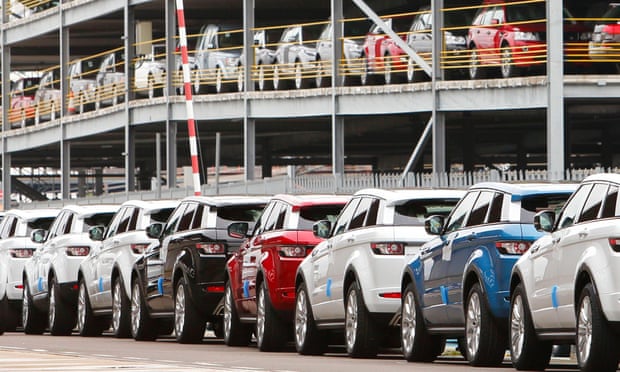 But put the Brexit vote to one side for a second and ask yourself the following questions: is the economy currently unbalanced? Is growth too dependent on consumer spending and asset price bubbles? Is the productive base of the economy too small? Is it a problem that the UK is running a balance of payments deficit worth 6% of GDP, bigger than ever before in peacetime?

If your answer to these four questions is yes – as it should be – then you need to accept that there is an upside to the falling pound. Indeed, many of those who are now talking about a sterling crisis were last year bemoaning the fact that Greece – trapped as it was inside the eurozone – did not have the benefit of a floating currency and so had to use a brutal internal devaluation involving wage cuts, pension reductions and welfare retrenchment to restore its competitiveness.

There have been four big movements in the pound in the past 25 years: a big decline after Black Wednesday in 1992, a gradual but sustained increase in the late 1990s and early 2000s, a sharp fall during the financial crash and subsequent recession of 2007-09, and the drop since 23 June.

A good argument could be made for the rise in the late 1990s and early 2000s being the most damaging of the lot. This was the currency movement that hollowed out a large chunk of manufacturing, costing 1 million jobs. This was the period when the strength of the pound attracted hot money flows into London, increasing the size and power of the financial sector. These years saw the widening of the current account deficit and the tendency for consumers to extract spending power from the rising value of their homes.

The depreciation that followed Black Wednesday was more successful than that in the late 2000s. With the global economy booming, the 15% drop in the value of the pound after Britain came out of the exchange rate mechanism in September 1992 boosted exports. By the time Labour came to power in 1997, the balance of payments – a combination of trade, overseas payments and investment flows – was the closest it has been to balancing since the UK last ran a surplus in 1984.

Pound V Dollar graph
Three factors limited the ability of the UK to take advantage of the 2007-09 depreciation: the loss of manufacturing capacity; the weakness of global demand; and the growing reliance on exports from the City, which were particularly hard hit during a period when the financial markets froze. There was an improvement in the current account balance from -3.5% to -1.8% of national output but the picture deteriorated rapidly once the economy started to grow again.

This was hardly surprising. The eurozone was going through an existential crisis at a time when George Osborne was pumping up the housing market through the funding for lending scheme and help to buy. A rising pound and weak demand meant exports struggled and manufacturing output flatlined. A traditional British recovery dominated by a rising property market delivered the traditional British result: a whopping balance of payments deficit.

Had the result in the referendum gone the other way, the deficit would have got bigger. Sterling would have risen on the foreign exchanges, making imports cheaper and exports dearer. The economy has held up pretty well since late June but would have grown faster had remain won. It would have been business as usual and by now there would have been pressure on the Bank of England to raise interest rates to prevent the economy overheating.

Britain has discovered a way of living beyond its means. Assets are sold to overseas buyers bringing capital into the country to offset the balance of payments deficit. It is the equivalent of a once well-to-do household that has fallen on hard times pawning the silver to keep up appearances. At some point, referendum or no referendum, the financial markets were going to say enough is enough and it is delusional to think otherwise.

Running permanent balance of payment deficits amounts to borrowing growth from the future. Sooner or later, it has to be paid back and Brexit means it will be sooner. A weaker pound works by making exports cheaper and imports dearer. The effect, as after all the other devaluations and depreciations of the past 100 years – 1931, 1949, 1967, 1976, 1992 and 2007 – will make the economy less dependent on consumers and more reliant on producers. Lord Mervyn King, a former governor of the Bank of England, thinks the latest fall in sterling is a good thing and he is right.

There have been suggestions from some in the remain camp that the hollowing out of manufacturing will make it impossible to gain any benefit from the cheaper pound. This, frankly, is nonsense. The current account deficit will shrink as a result of stronger exports from the manufacturing and service sectors, the boost provided to the tourism industry, and because cheaper domestic goods and services will be substituted for more expensive imports. To say that dearer imports will make life more difficult for consumers is to miss the point. That’s how rebalancing works.

Will dearer food and the coming squeeze on living standards will prompt a change of heart about Brexit? Remainers should not bank on it. Life has not been great for many in recent years anyway. What’s more, Britain is a country with a streak of cussedness that delights in having its back to the wall.

That said, there is a lot of guff talked by some in the leave camp about how being unshackled from the EU will enable Britain to break into markets that have hitherto been closed. The notion that Britain has been prevented from exporting to China, India or any other part of the world by Brussels red tape is disproved by one seven-letter word: Germany.

Profound economic change is usually the result of a convulsive shock, of which Brexit is clearly one. The referendum should lead to a period of national introspection and a willingness to address the fundamental vulnerabilities of the economy. If it doesn’t, the opportunity to set sail from fantasy island will be lost.

Article originally posted from the Guardian