The Single Market Justice Campaign says Britain joined the EEA separately from the EU - with a law in Parliament - and can therefore only leave if MPs pass another law.

If the judge agrees, the Prime Minister will have to ask the Commons to agree to triggering Article 127 of the EEA Treaty, which gives notice of the UK’s intention to leave.

Brexit Secretary David Davis refused to rule out a vote on leaving the EEA when he was asked about it in the Commons by Labour MP Heidi Alexander. 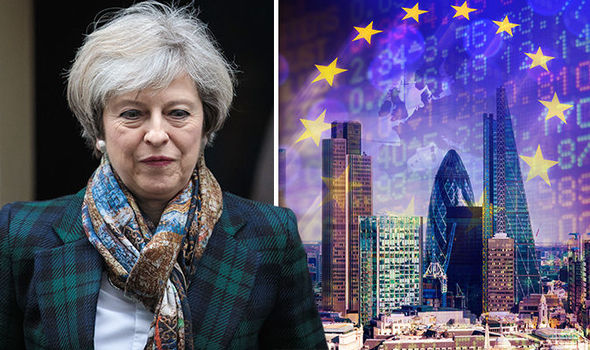 He replied: “Once we are outside the EU, the question of whether we automatically cease to be a member of the EEA becomes a legal empty vessel.

“We will look at that. If we do propose to withdraw from the EEA, we will come back and tell the House.”

Campaigners Peter Wilding and Adrian Yalland are applying for a judicial review of the Government’s proposed exit from the EEA, which includes the remaining 27 EU countries plus Iceland, Liechenstein and Norway.

Mr Wilding and Mr Yalland argue the Government “has no mandate” to withdraw from the single market because it was not on the referendum ballot paper last June.

They argue the European Economic Area Act 1993 established EEA rights in domestic British law and insist the Act can only be repealed by a vote in Parliament.

If they are successful, the High Court will hold a separate hearing to decide whether a separate vote is legally required.

The EEA agreement provides for the free movement of persons, goods, services and capital within the single market.

The new legal row comes just a week after the Supreme Court ruled only an Act of Parliament could take the UK out of the EU.

Mr Davis also suggested Britain would pull out of the Customs Union as part of Brexit.

He was answering questions on a 77-page White Paper which fleshed out the 12 key objectives set out by the Prime Minister in last month's Lancaster House speech.

The White Paper said the Government had an “open mind on how we implement new customs arrangements with the EU”.

Tory MP Sir Edward Leigh asked if he would “confirm for the avoidance of doubt that we are not only leaving the EU and the single market, but definitely leaving the customs union”.

Mr Davis replied that if Sir Edward “reads the rest of that chapter, he will see that we will exclude ourselves from the common commercial policy and common external tariff, which amounts to exactly what he says”.

Article originally posted on the Express