The jury’s out on Trumponomics, and the UK must still be cautious

When the US electorate chose Donald Trump as their next president, they voted for a big break from the liberal consensus which Hilary Clinton epitomised. Globalisation had not served Trump supporters well, and they wanted something radically different. We are now beginning to get more of a taste of what this might be. 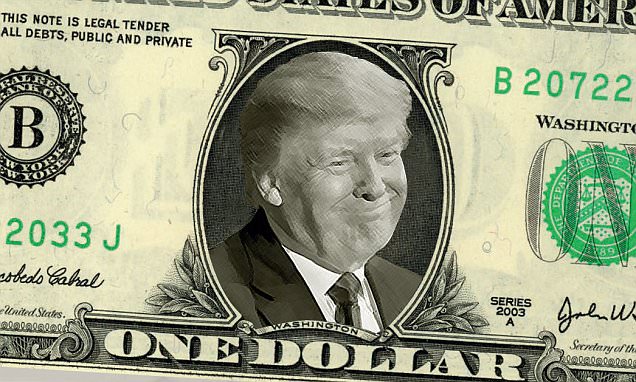 Some of the signs are encouraging. The US stock exchange has risen dramatically. The Dow Jones, having dipped just below 18,000 the day after the presidential election, is now just shy of 20,000, so the business world is optimistic. Promised expenditure on the US’ ageing and decrepit infrastructure will boost the economy as will some of Trump’s tax proposals. Appointments of heavyweight business people to the Trump cabinet have reassured the corporate world that it will be in reasonably safe hands. Neither interest rates nor inflation look like much of a threat.

There is concern, nevertheless, especially about the economic impact of changes on the international front where old certainties are now under review. Established liberal consensus attitudes about Russia, NATO, trade with China and the future of the EU, for example, are all being challenged. Close to home, whereas President Obama told us that we would be “at the back of the queue” for a trade deal with the USA, President Trump has promised to put us at the front, having welcomed the UK’s decision to leave the EU.

What are the implications of all these changes for the UK economy? In the short term probably positive. If the US economy flourishes as the business community there evidently thinks it will, this should benefit the UK. The USA is still by far the UK’s largest export market and one where - crucially - we have an export surplus.

Looking further ahead, however, the really key issue facing not just the UK but the whole world is how the resetting of relationships which Donald Trump seems determined to engineer will work out. Is he going to be able to readjust the US’s trade arrangements with Mexico in a way which will avoid both harming America, and destabilising its southern neighbour?

Is it going to be possible for the USA to restrain its huge merchandise trade deficit with China - a very important objective for many Trump supporters - without precipitating a crisis? Is a rapprochement between the USA and Russia going to be possible without destabilising NATO and the peaceful conditions which Europe has enjoyed ever since the end of World War II?

The reason why President Trump was elected – and why there is so much uncertainty about the outcome of elections coming up in Holland, France, Germany and elsewhere in Europe in 2017 - is that the globalised, liberalised world which suits the elite so well, failed to satisfy swathes of the population who have not benefitted much, if at all, from trade liberalisation. As their standard bearer, President Trump is charting out a new world order to try to satisfy his supporters. Inevitably, this is leading to a fair number of populist policies, because this is where Trump draws his strength.

The liberal order had its failings – and it may fail to win support in more elections – but for all the inequality of opportunities it was accompanied by, it also produced peace and a level of prosperity which the world had never seen before. Change is not always for the better and we can but hope that the policies which President Trump is determined to implement will work. What we need are for the benefits of globalisation to continue, combined with a much fairer form of distribution. This is a tough ask to achieve and perhaps populist policies are not the answer.